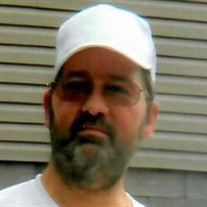 Steven B. Reynolds, 55, of Jay, NY, died Wednesday, July 25, 2018 in the comfort of his parent’s home. Born on August 1, 1962 in Malone, NY, he was the son of Gordon and Helen (Smith) Reynolds. He was married to Kelley Coolidge on May 9, 1998 in Ausable, NY. He graduated from Franklin Academy in Malone and attended Mater Dei College of Ogdensburg. He worked in retail management for several years. He was a long time member of the Moonshire Square Dance Club and was an honorary member of the Burke Fire Department Auxiliary. He is survived by his wife of 20 years, Kelley; his parents, Gordon and Helen Reynolds of Burke; a sister and brother-in-law, Shelley and Jamey Skelly of Malone; two brothers and sisters-in-law, John and Paula Reynolds of Malone and Dale and BettiJo Reynolds of Malone; mother and father-in-law, Maria Coolidge of Peru and Robert Coolidge of Jay; two brothers-in-law Robert Jr. and his wife Mary Coolidge of Delmar and Russell and his wife Kim Coolidge of Ausable; 8 nieces, Kristyn Reynolds, Erin Mulverhill, Alicia Kulig, Steph Skelly, Hannah Lamica, Rebecca, Elisabeth and Allison Coolidge; 2 nephews, Kyle Reynolds and Matt Skelly; 3 great nephews, Gaige Reynolds, Bentley Reynolds and Elliot Mulverhill; and 2 great nieces, Adia Kulig and Alina Kulig. He was predeceased by his grandparents, Eric and Bea Reynolds and Maynard and Florence Smith, a special aunt, Ann and uncle, Deb Reynolds. Calling hours will be held at the Chateaugay Funeral Home on Monday, July 30 from 10 a.m. to noon. A prayer service will immediately follow in the funeral home chapel. Burial will take place at Ridgeway Cemetery, Burke. Donations in his memory may be made to the Burke Ladies Auxiliary. A reception will be held following the burial at the Burke Fire Station.

The family of Mr. Steven B. Reynolds created this Life Tributes page to make it easy to share your memories.

Send flowers to the Reynolds family.