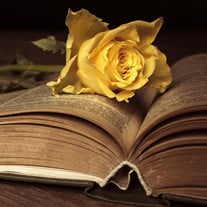 Thelma Evelyn LaPlante, 94, formerly of Burke, NY passed away Wednesday, April 6, 2022 with her loving family by her side at the Alice Hyde Medical Center, Malone. Born on June 17, 1927 in Ellenburg Center, she was the daughter of Vernard and Gladys (Reynolds) LaBombard. She was married to John “Jake” LaPlante Jr. on July 5, 1952 in St. Edmunds Church, Ellenburg by Rev. Earl Taylor. He predeceased her on December 7, 2008. The lived in Burke, NY all their life. Thelma was employed at Bee-Jay Dress plant for 11 years. She was a communicant of St. George’s Church, Burke. She was a member of the Burke Fire Department Ladies Auxiliary. Thelma loved spending time with her children and grandchildren and enjoyed cooking and reading. Thelma is survived by her four children, Larry LaPlante and his wife, Cindy of Burke, Donald LaPlante and his wife, Tina of Williamstown, NY, Ann Cook and her husband, Bruce of Chateaugay, Louella Forkey and her companion, John Cushman of Malone; grandchildren, Jackie and Daniel Cowan of Chateaugay, Suzannah Smith and Dale Carter of Ellenburg, Kelly and Steve St. Clair of Brewerton, NY, Adam Forkey of Portland, OR, Jason LaPlante of Chateaugay, Lori and Roger Odell of Chateaugay; Julie and Daniel Alarcon of Redmond, OR; great grandchildren, Wayne and Abby Cowan, Austin Smith, Deacon and Peyton St.Clair, Alex, Felix, and Eveyln Alarcon, Irelynn and John LaPlante; sister-in-law Wanda LaBombard and Betty Crippen; a brother-in-law Arnold and Ruth LaPlante; as well as several nieces and nephews. Besides her husband, she was predeceased by her parents; a son James; three sisters and two brothers-in-law, Naomi and Howard Morrison, Bernice Vaughn and Lena and John Peryea and a brother, Eugene LaBombard. At Thelma’s request, there will be no calling hours. A prayer service will be held at the Chateaugay Funeral Home on Saturday, April 9, 2022 at 2 PM with Deacon Brian Dwyer. Burial will be held in St. George’s Cemetery, Burke. Donations in Thelma’s memory may be made to the Burke Volunteer Fire Department.

Thelma Evelyn LaPlante, 94, formerly of Burke, NY passed away Wednesday, April 6, 2022 with her loving family by her side at the Alice Hyde Medical Center, Malone. Born on June 17, 1927 in Ellenburg Center, she was the daughter of Vernard and... View Obituary & Service Information

The family of Mrs. Thelma Evelyn LaPlante created this Life Tributes page to make it easy to share your memories.

Send flowers to the LaPlante family.