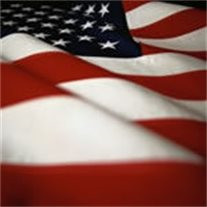 Theodore F. Sauther, 76, of State Rt. 374, Lyon Mountain died Sunday, Aug. 9, 2015 at his home surrounded by his loving family and aided by Hospice of the North Country. Born in Malone, NY on Aug. 15, 1938, he was the son of Frank and Rose (Bush) Sauther. He was married to Patricia Leclerc on Sept. 28, 1957. This marriage ended in divorce. He is survived by his wife of numerous years, Judy Noreault. Mr. Sauther graduated in June 1956 from St. Joseph's Academy, Malone where he was a student baseball and basketball player. Following graduation, he joined the U.S. Navy and received basic training in Bainbridge, MD and went on to St. Albans Naval Hospital, Long Island as a hospital corpsman. In 1958, he transferred to Camp Pendleton Marine Base in California. He was honorably discharged in 1959 and returned to Malone where he was employed at Reynolds Metals, Massena in the pot rooms. On March 29, 1961, he became employed with the Malone Village Police Dept. and retired on April 5, 1986 after 26 years of service. Mr. Sauther was a communicant of St. Bernard's Church, Lyon Mountain and a life member of the Malone Knights of Columbus and the Amvets, former member of the Malone Moose Club and Malone Golf Club. He was an avid golfer and NY Yankees fan. He was a fabulous cook, enjoyed bingo and going to the casino with friends and family. Besides his wife, he is survived by six children, Deborah King and her husband, Tim of North Carolina, Diane Bell of North Carolina, David Sauther of Malone, Denise Sauther and her companion, Michael Boyer of North Bangor, Dean Sauther and his wife, Shelley of Malone, Dawn Manchester and her husband, Kevin of Peru; four step-daughters, Winona Guenther of Plattsburgh, Noelle Noreault and her husband, Mark LaFountain of Peru, Shann Harrigan and her husband, Scott of Gainsvoort, Jennie Chatelle and her husband, Shane of Bombay; 16 grandchildren; 13 great-grandchildren; a sister, Pat Langlois and her husband, Gordon of Malone; three brothers, Ronald Sauther and his wife, Donna of Malone, Robert Sauther of Wassiac, Arnie Sauther and his wife, Linda of Malone. He was predeceased by his parents, several aunts and uncles. There are no calling hours. A Mass of Christian Burial will be celebrated at 11 a.m. on Thursday, Aug. 13 in St. Bernard's Church with Rev. Bill Edwards officiating. Entombment will take place at St. Peter's Cemetery, Plattsburgh. Donations in his memory may be made to St. Bernard's Church.

The family of Mr. Theodore F. Sauther created this Life Tributes page to make it easy to share your memories.

Send flowers to the Sauther family.