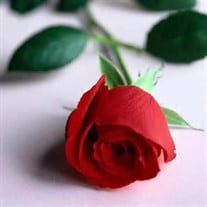 Theresa Bova Patnode, formerly of Burke and Plattsburgh, passed away on Tuesday morning, October 13, 2020 at the Alice Center in Malone where she had been a resident since March 2019. Born in Malone on March 20, 1928, she was the daughter of Fred and Mae (Denesha) Bova of Burke. They predeceased her. She was also predeceased by five brothers, Fred Jr., Gerald, Thomas, James and Willard as well as a sister, Betty Marx. Theresa is survived by three sons, Lawrence J. Patnode of Massena, Richard Patnode of Malone and Allan Patnode and his spouse, Rick Storms of Albany. She is also survived by three daughters and sons-in-law, Marlene and Harold Perham of Malone, Diane and Bruce Covell of Virginia and Melanie and Mario Lemire of Constable. Also surviving are 11 grandchildren and 19 great grandchildren, many nieces and nephews and a sister-in-law, Leila Wood of St. Louis, MO. Theresa was a 1944 graduate of Franklin Academy in Malone. On June 11, 1947 she married Lawrence Patnode at St. George’s Church in Burke. They were married 60 years when he predeceased her on June 19, 2007. Together with her brother, Tom Bova, they owned and operated B & P Auto Parts in Malone through the 1970’s and early 1980’s. they were avid card players and enjoyed camping, bowling and traveling. There will be no calling hours. A Mass of Christian Burial will be celebrated on Monday, October 19, 2020 at 11:00 a.m. at St. Francis of Assisi Church in Constable with Rev. Scott Seymour officiating. A livestream of the Mass can be viewed at https://www.facebook.com/Deac2009/. Burial will follow at St. Francis Cemetery, Constable. In accordance with current health restrictions, those in attendance are asked to observe the use of face coverings and social distancing. Donations in Theresa’s memory may be made to the Alzheimer’s Association and the American Heart Association.

Theresa Bova Patnode, formerly of Burke and Plattsburgh, passed away on Tuesday morning, October 13, 2020 at the Alice Center in Malone where she had been a resident since March 2019. Born in Malone on March 20, 1928, she was the daughter of... View Obituary & Service Information

The family of Mrs. Theresa Bova Patnode created this Life Tributes page to make it easy to share your memories.

Send flowers to the Patnode family.