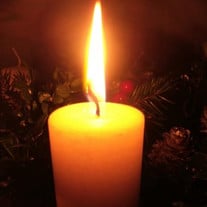 Thomas J. Blair, 67, of Plattsburgh, formerly of Brainardsville, died Tuesday, Dec. 6, 2016 at CVPH Medical Center, Plattsburgh surrounded by his loving family. Born in Burke, NY on Feb. 21, 1949, he was the son of Leon and Olga (Danussi) Blair. They predeceased him. He was married to Marsha Gadway on Dec. 2, 1967 in St. Helen’s Church, Chasm Falls. Tom graduated from Chateaugay Central School. In his early years, he was employed by RT French’s Mustard in Rochester and Xerox. He moved back to Brainardsville in 1975 and was employed by General Motors, Massena. In 1988, he began working for the New York State Dept. of Corrections where he was known as Mr. Fix It until his retirement in 2011. Tom was a former communicant of St. Jude’s Church, Brainardsville and member of the Knights of Columbus, Chateaugay. He is survived by his wife of 49 years; a daughter and son-in-law, Christine and Wesley Zeldenrust of Chateaugay; two sons and a daughter-in-law, TJ and Shawna Blair of Plattsburgh, Jason Blair of San Diego, CA; four granddaughters, Kierstin and Holly Zeldenrust, Julianna and Sophie Blair; a sister, Sally Blair of Brainardsville; two brothers and sisters-in-law, Leon and Fely Blair Jr. of Hamilton, OH, Patrick and Brenda Blair of Chateaugay; several nieces and nephews. There are no calling hours. A Mass of Christian Burial will be celebrated at 12 noon on Monday, Dec. 12 in St. Patrick’s Church, Chateaugay with Rev. Thomas Kornmeyer officiating. Burial will take place at the Brainardsville Cemetery. Donations in his memory may be made to a charity of one’s choice.

The family of Mr. Thomas J. Blair created this Life Tributes page to make it easy to share your memories.

Send flowers to the Blair family.