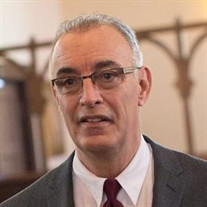 Thomas "Tom" Fleury, 62, died on May 12, 2019 in Jacksonville, Florida, after a long illness. Tom was born on January 28, 1957 in Malone, son of Lloyd and Ida Mae (Robinson) Fleury. He graduated from Franklin Academy in 1975 and entered the United States Air Force, serving for 23 years through deployments in Europe, the Middle East, Asia and across the United States. He served in Operation Desert Storm. Later, as a civilian, Tom completed his Bachelors of Science degree and worked in the Telecommunications and financial industries, most recently at Fidelity Investments. He is survived by his children, Lisa Fleury and husband, Tommy Hicks of Dallas, Texas and Kimberly Hurley and husband, Spencer of Camp Pendleton, California. He was grateful to have helped raise Helga (Rizzi) Pavlicek of Mansfield, Texas and Georgia Looney of Seattle, Washington. He is also survived by his grandchildren, Boone and Lyla Mae Hicks and Stella Hurley, as well as William Thomas Hurley, who is expected to arrive in August. He is further survived by his mother, Ida Mae Fleury, and siblings, Debi and Paul Fleury of Constable, Fay Wilson (husband Dan) of Cicero, NY, Joan Fleury of Jacksonville, FL and Jon Fleury (wife Chris) of Orange Park, FL as well as numerous nieces, nephews, cousins, aunts, uncles and friends. He was predeceased by his father, Lloyd Fleury. Tom loved music, a good steak, cold beer, English muffins with maple spread and basketball, especially the Syracuse Orange and the Dallas Mavericks. Above all, his favorite place was the Fleury camp on LeBlanc's Point, where in the summer he could be found on the "Swing of Life" watching the sunset over the St. Lawrence River. A Mass of Christian Burial will be celebrated at 10 a.m. on Wednesday, July 3, 2019 at St. Francis of Assisi Church, Constable. Burial will take place at Notre Dame Cemetery, Malone. In lieu of flowers, donations may be made to the National Ataxia Foundation, 600 Highway 169 South, Suite 1725, Minneapolis, MN 55426 or at www.ataxia.org.

Thomas "Tom" Fleury, 62, died on May 12, 2019 in Jacksonville, Florida, after a long illness. Tom was born on January 28, 1957 in Malone, son of Lloyd and Ida Mae (Robinson) Fleury. He graduated from Franklin Academy in 1975 and entered the... View Obituary & Service Information

The family of Mr. Thomas "Tom" Fleury created this Life Tributes page to make it easy to share your memories.

Send flowers to the Fleury family.