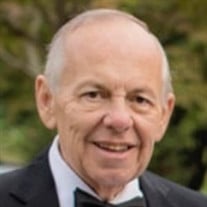 On the evening of December 20, 2016 at 7:45pm, Vincent V. Fisher peacefully passed away surrounded by family at Akron General Hospital in Akron, Ohio as a result of a stroke he suffered earlier that day. Vincent was 70 years old. Vince aka Papa was born in Chateaugay, NY on April 24, 1946. He was the first born of three children to Leo and Doritha Fisher. Vince was a very active child. He was raised in a farming family and learned to drive tractor at the age of 6. If you knew Vince he was always ready to stop and carry on a conversation with a willing soul. He always enjoyed company and casual conversation and seemed to never know a stranger! Early on in his life he decided to hitch his wagon to his lifelong pals, Skip Dwyer and JB Whitehead. Even at the end of his life these two dear friends were there for him. We all could be so fortunate as to have lifelong friends. Vince was an active member of the Knights of Columbus for many years. For the last twenty years, Papa and the Barnett family would serve thanksgiving meals to the needy families of the Albany NY Region. He really enjoyed this day with Angela, Rick and the kids. He spoke often of this activity. And no story of Papa is complete without mentioning his love for playing games with his grandchildren. Vince was also an avid sports fan. The Yankees will have a hard time trying to replace such a devoted fan! Bonnie and you other loyal fans make sure you carry on rooting for your team! He would expect that… Vince was preceded in death by his Father, Leo Fisher. Vince was survived briefly, 11 days, by his mother Doritha; his 4 children: Tracey Fisher-Rodriquez, Gerald Grau, Vinnie Fisher and Vickie Olivia; his two sisters, Barbara Spinner and Marie Smith. Papa also had 13 grandchildren that made him very proud. He was after-all “proud Papa”. He loved conversation and if you included a grandkid then you were likely to keep the words flowing. Vince will have joint memorial and funeral services with his mother Doritha who passed peacefully at her home surrounded by family in Acworth GA on December 31, 2016. The joint services will be as follows: A memorial service will be held at Chateauguay Funeral Home on January 13, 2017 from 4pm to 7pm. The joint funeral service will be held for the both of them on January 14, 2017 at 11am at St. Edmund’s Church in Ellenburg NY. A reception for friends and family of Vince and Doritha will be held following the funeral at the Ellenburg VFW. We would like to give a special thanks to Paul Hummel from Hummel Funeral Homes in Akron, Ohio; Bert Wilcox of Chateaugay Funeral Home and the fine Doctors and Nurses of Akron General who provided a wonderful and compassion filled end to our Papa’s life.

On the evening of December 20, 2016 at 7:45pm, Vincent V. Fisher peacefully passed away surrounded by family at Akron General Hospital in Akron, Ohio as a result of a stroke he suffered earlier that day. Vincent was 70 years old. Vince aka... View Obituary & Service Information

The family of Mr. Vincent Victor Fisher created this Life Tributes page to make it easy to share your memories.

Send flowers to the Fisher family.