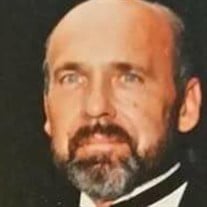 With great sorrow, Wesley E. Pickering, “Wess”, 72, of the East Road, Burke died Monday, Oct. 31, 2016 after a long illness at home surrounded by his wife, Linda and family. Born on Feb. 18, 1944 in Bangor, NY, he was the son of Alfred and Gladys (Boyea) Pickering. He was married to Linda Soucia Merrill on March 24, 1979 in Moira, NY. Wesley graduated from St. Joseph’s Academy, Malone. He was employed by Alcoa, Massena until he retired in 2000 due to ill health. Wesley loved the simple things in life, family, friends and home. He had a zest for life and the ones close to him. His blue eyes and smile inspired all that knew him. He is survived by his devoted wife of 37 years; eight children, Robin Merrill, John Merrill, Charlene Brady and her husband, Scott, Marvin Merrill and his wife, Christine, Todd Pickering and his wife, Tina, Shelia Connors and her husband, Tim, Sharon Perry, Michael Pickering; seven grandchildren, Cissy, Justin, Bryant, Wyatt, Jacob, Kayleigh, Brooke; three great-grandchilren, Pal, Fyn and Taylor; two sisters, Thelma Martin and Laurane Dow; a brother, Alfred Pickering and his wife, Pat; two former daughters-in-law he kept in close contact with, Lisa Grenville and Beverly Merrill; several nieces and nephews. He was predeceased by his parents; a brother, Bill Pickering; two sisters, Joyce Recine and Pearl Wilcox. Calling hours will be held at the Chateaugay Funeral Home on Friday, Nov. 4 from 12 noon to 1:45 p.m. A Mass of Christian Burial will follow at 2 p.m. at St. Patrick’s Church, Chateaugay. Burial will take place at St. Francis Cemetery, Constable. In lieu of flowers, the family requests donations be made to the Burke Fire Dept. or the charity of one’s choice.

The family of Mr. Wesley E. Pickering created this Life Tributes page to make it easy to share your memories.

Send flowers to the Pickering family.