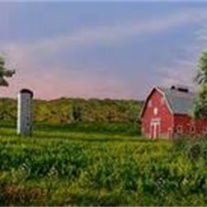 William N. Leach, 97, formerly of Brainardsville died Wednesday, April 23, 2014 at St. Regis Nursing Home, Massena, NY. Born in Chateaugay, NY on July 5, 1916, he was the son of John and Eva (Foote) Leach. He was married to Shirley Mason on June 26, 1942 at her parents' home by Rev. F. Phelps. She predeceased him on Jan. 26, 2013. Mr. Leach graduated from Chateaugay High School with the Class of 1935. He attended Cornell College. He owned and operated his own dairy farm for 34 years. He also was employed by Franklin County Highway for 3 years and was a mineral and seed salesman for 13 years. He was a member of the Chateaugay Central School Board of Education for 5 years and was a Bellmont Town Councilman for 19 years. Mr. Leach was a member of the Brainardsville United Methodist Church and Frontier Lodge #517 of Free and Accepted Masons. Mr. Leach is survived by four daughters and sons-in-law, Barbara and Jim Robbins of Champlain, Cindy and Don McCormick of Melbourne, FL, Susan and Ed Plasberg of Rexford, Judy and Bruce Chagnon of Massena; five grandchildren and their spouses, Amy and Bill Crowell, Brian and Marianne McCormick, Julie and Jay Cristello, Annette Robbins, Kathie and Darryll West; seven great-grandchildren, Brooke West, Emma & Megan Crowell, Kelly & Brendan McCormick, Jessica and Justin Cristello. Besides his wife, he was predeceased by his parents, and two brothers, Berdell and Nyles Leach. Calling hours will be held at the Chateaugay Funeral Home on Saturday, April 26 from 12 to 2 p.m. Funeral services will follow at 2 p.m. in the funeral home chapel with Rev. Eleanor Bellows and Rev. Marty Connor of Brainardsville United Methodist Church officiating. Burial will take place at Burke Center Cemetery, Burke. The family would like to acknowledge and offer special thanks to the caregivers who helped us keep Mom and Dad at home - Brenda, Darlene and Sharon. Donations in his memory may be made to the Brainardsville United Methodist Church, Burke Adult Center or Chateaugay Central School Alumni Scholarship Fund.

William N. Leach, 97, formerly of Brainardsville died Wednesday, April 23, 2014 at St. Regis Nursing Home, Massena, NY. Born in Chateaugay, NY on July 5, 1916, he was the son of John and Eva (Foote) Leach. He was married to Shirley Mason on... View Obituary & Service Information

The family of Mr. William N. Leach created this Life Tributes page to make it easy to share your memories.

Send flowers to the Leach family.